The Edith B. Jackson Child Care Program was established in 1972 by a group of Yale parents and faculty members in response to the growing need for quality care for children. Dr. Deborah Ferholt (Pediatrician and Associate Professor of Pediatric Nursing) and Dr. Sally Provence (Professor of Pediatrics) developed the EBJ model, with the strong support of the Yale Child Study Center. 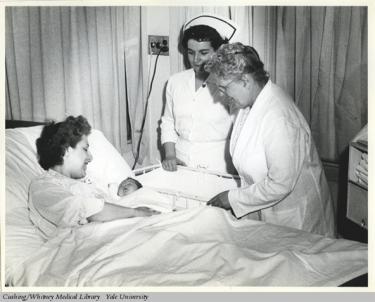 The program is named in honor of Dr. Edith B. Jackson, a faculty member of the Yale School of Medicine Department of Pediatrics (1923-1959), and a true pioneer in the fields of behavioral pediatrics and child psychiatry.  She is well-known for advocating that pediatricians practice anticipatory guidance and assist in the emotional growth and development of young families. Between 1946 and 1953 she directed the Rooming-in Project—where babies stayed with their mothers, instead of spending the majority of the time in the hospital’s nursery—and made Yale the center for humanizing hospital experiences surrounding the birth of a baby. It is because of Dr. Jackson that both mothers and fathers of newborns began to have free access to their child while still in the hospital.  Throughout her life, Edith B. Jackson was committed to providing the most sensitive care to parents and children.  EBJ remains as a living memorial to her lifetime commitment to the welfare of infants, children, and families. 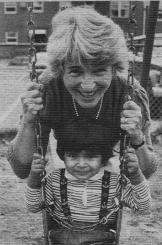 In its beginning, the program offered care for young children in the graduate housing apartments at Yale’s Whitehall complex, where many of the providers lived. Each provider cared for four children within her home, offering nurturing, small-group care in a family setting. With the generous support of Dr. Albert J. Solnit (Yale Child Study Center), EBJ was able to appoint Lola Nash as its first director. Lola knew that the best child care programs should reflect what is best about family life:  “all the support, intimacy, solace, caring for each other and good sibling relationships.”

In 1989, EBJ restructured its program and began providing center-based care for young children, three months to five years old. The nurturing aspects of in-home care—small groups, continuity of care, and consistency of care giving—remain the important qualities for which EBJ is well known. Still in the Whitehall Graduate Housing complex, EBJ’s classrooms now occupy four apartments, each with its own small group of eight or twelve young children and two to three experienced, well-trained teachers.